<The Flourishing Age of Tang Dynasty, The Dream of China, the Series of “Tang People Playing Polo” paintings Exhibition drawn by Zirou Li Gang> curated by Gao Runxiang, will be shown in Madrid. This art exhibition will become a major highlight of the cultural exchanges between China and Spain. 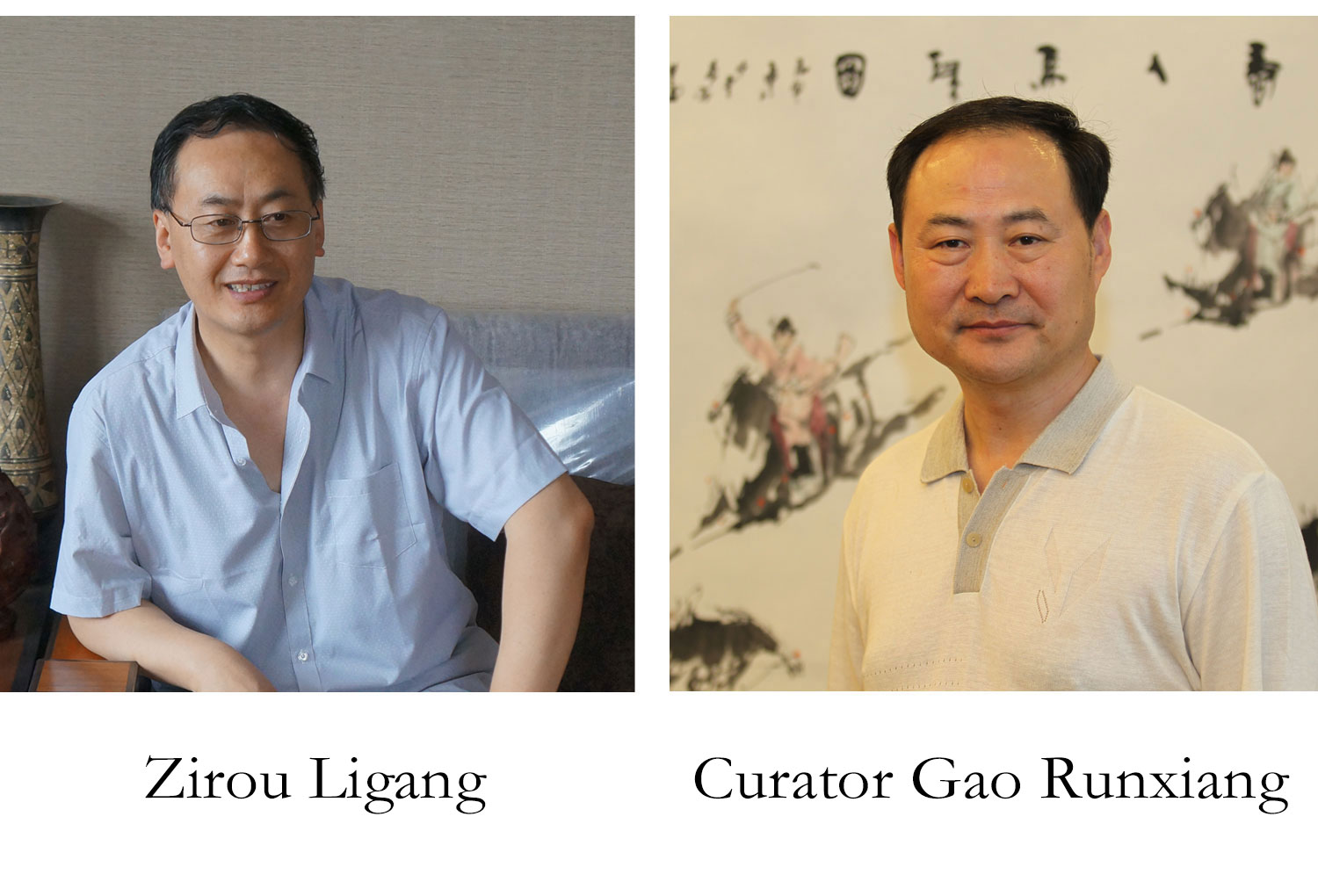 The flourishing age of Tang Dynasty has passed more than a thousand years, is the pride of the Chinese people and carries numerous descendants of the Yan and Huang Emperors ‘dream. Zirou Li Gang, whose given name is Li, first name is Gang and he styled himself Zirou, is a contract painter with Doudi’er.com and also a researcher from painting and calligraphy art educational institute in the Open University of China. Twenty years ago, he got access to draw by tracing the mural in Price Zhang Huai of Tang Dynasty’s tomb, it was the first time he got to know about “Tang People Playing Polo” paintings, from then on, Zirou Li Gang started his creation on this subject. Tang Empire has greatly influenced the whole world until now, and the polo game at that time represented the rise and fall of the Tang dynasty. It shows the power, speed and skill. Zirou Li Gang uses the Chinese painting language to show the great age, the elegant game, also the spirit and demeanor of the rejuvenating great modern China. Zirou Li Gang’s paintings attracted people’s attention and interest all around the world. In 2010, Zirou Li Gang was selected in the most famous ink and wash painter of the year. In 2012, “Tang People Playing Polo” drawn by Zirou Li Gang was listed as National treasure project’s key supporting one by China Social and Cultural Foundation of Ministry of China. In 2013, this series of paintings were exhibited around five African countries, it got the highly commend from Kaunda, the former president of Zambia, who also signed his name on a < Tang People Playing Polo > painting. In December 2014, this series of paintings were selected in France Louvre Carrousel International Art Salon and won the silver prize.

To show the flourishing age of Tang Dynasty and improve the national confidence of China, Beijing DouDi RunXiang Culture Development Company, which hold the aim “You possess, I’ll be responsible for you”, has cooperated with Doudi’er.com, released <The Flourishing age of Tang Dynasty, The Dream of China，the Series of “Tang People Playing Polo” paintings Exhibition drawn by Zirou Li Gang>, more than 100 exhibitions was hold in more than 50 cities all around the world, including Paris, London, New York , New Delhi, Livingston, Lusaka, Beijing, Shanghai, Shenzhen， Qingdao, Yangzhou, Changchun, Nanjing, Rizhao, Kunming, Lijiang, Urumchi ,Linyi and so on. 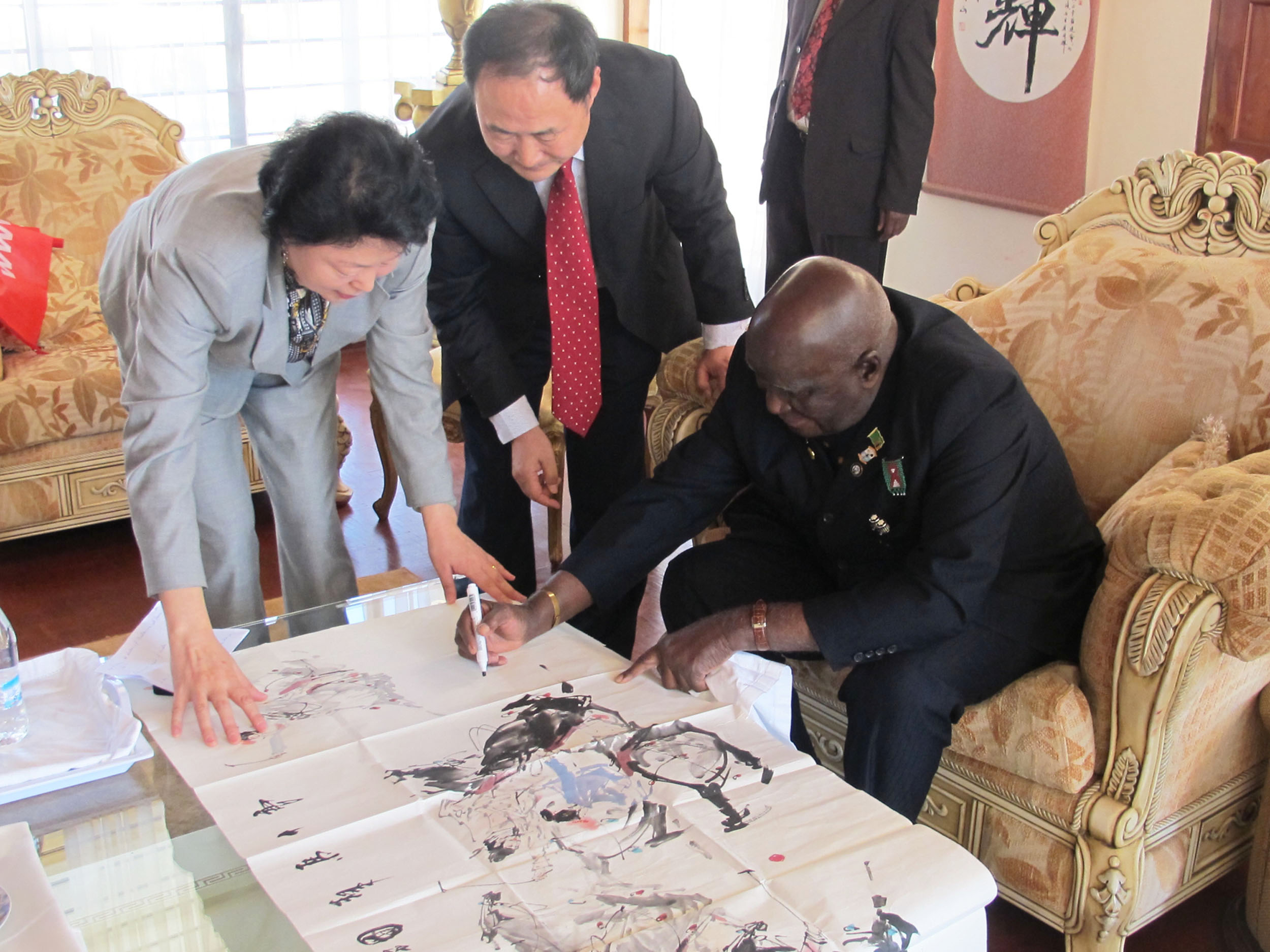 Kaunda, the former president of Zambia, signing his name on a < Tang People Playing Polo > painting